Daniel Auteuil and Gérard Depardieu are two police officers battling ruthlessly against each other for promotion, while a gang is committing a series of violent robberies on the streets of Paris. An action thriller, with the film's title being the address of the police headquarters.
Cert: 15


And here's a picture of the very building, which I walked past last week! 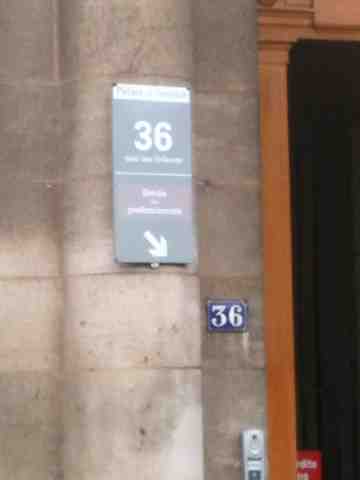